Changes to Security in 4.2

The four Privileges shown above were added in 4.0 for granting to Groups or Power Users.  In 4.2, the following considerations remain applicable in 4.2: 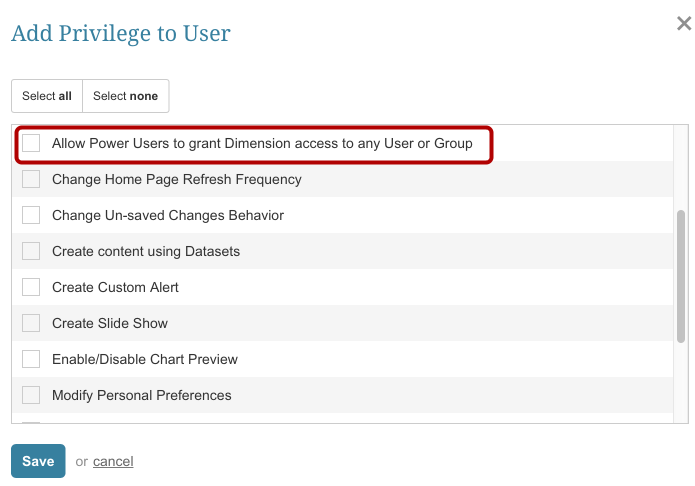 4. Elimination of Automatic Element-Only Access to all Dimension Values

Prior to 4.2, a Power User who was made the Technical Owner of an element created by another user or who received Edit Access to an Element or Category via inheritance or direct assignment, was automatically granted element-only Dimension Access to all Dimension Values . In 4.2, the Power User only receives Edit Access to the associated element when he/she: 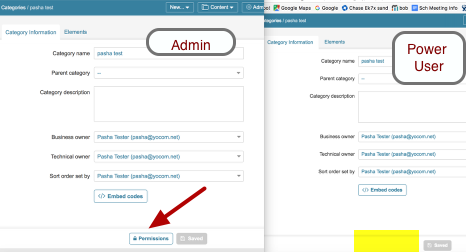 In earlier versions, Power Users with Edit Access to a Category could also grant View/Edit Permissions to the Category.  In 4.2, this option ONLY visible to Admins.

7. Tiles that open to empty Viewers

A Regular or Power User without access to at least one component element of a Multi-Metric or Composite Element sourced from Existing Metrics or from a Single Existing Report will see a tile on the Homepage.  When clicked, a blank viewer opens.  An Admin must grant at least View Access to one of the components in order for the User to see the associated Chart.

A Power User with Edit Access to a Multi-Metric or Composite Element wil not be able to see the elements Chart and/or access the Element Editor without: