Selection of the appropriate 'default' Display Mask for data collected/uploaded for Metrics and Reports is initially determined by Metric Insights by analyzing the content of the input data elements rather than requiring you to specify a mask explicitly for every numeric data element.

The default Display Mask for your numeric fields is based on its analysis of various initial settings. This process prevents your being required to choose a mask for each new element.  You can change the defaulted Display Mask at anytime from the element's Editor by choosing another mask, either by using the Override Display Mask option on the Metric Editor or in the Format column on the Report Editor, both explained below.

In the process that formats numeric Data Columns, default Display Mask values are set as follows:

The following rules are applied to the display of information in a Report, both in its Tables and in the Data Point Mouse-over Display of the Report Viewer as well as axis labels.   NOTE: Similar logic is applied to a Metric's Measurement Value:

The rules that are used to determine the precision of Measurement Value displays on Metric charting are determined the maximum value for the column unless that value is 0, in which case the average column value is used:

The table below shows how Integer and Decimal values are displayed:

The default currency mask is determined: 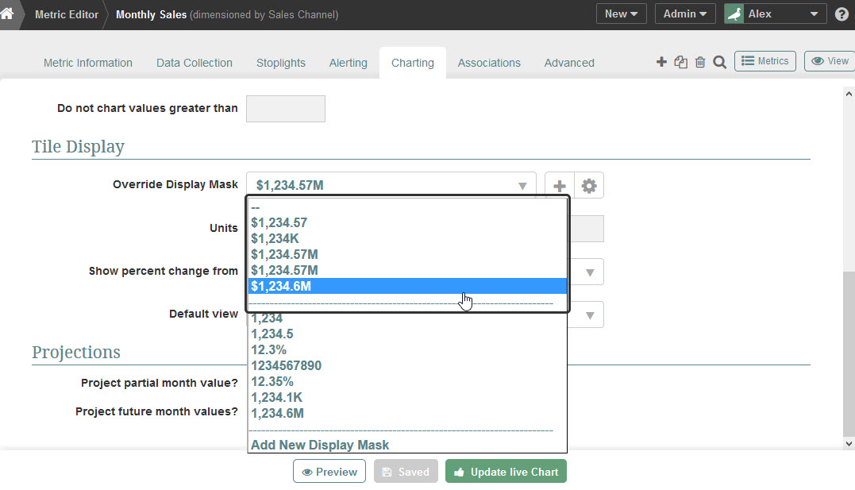 At the top of the drop-down list are those masks that are applicable based on the Measure Editor's Show Values as Currency (Step 1.1) setting; that is, those that are most likely to be used appear above the line and the less applicable masks are below it: 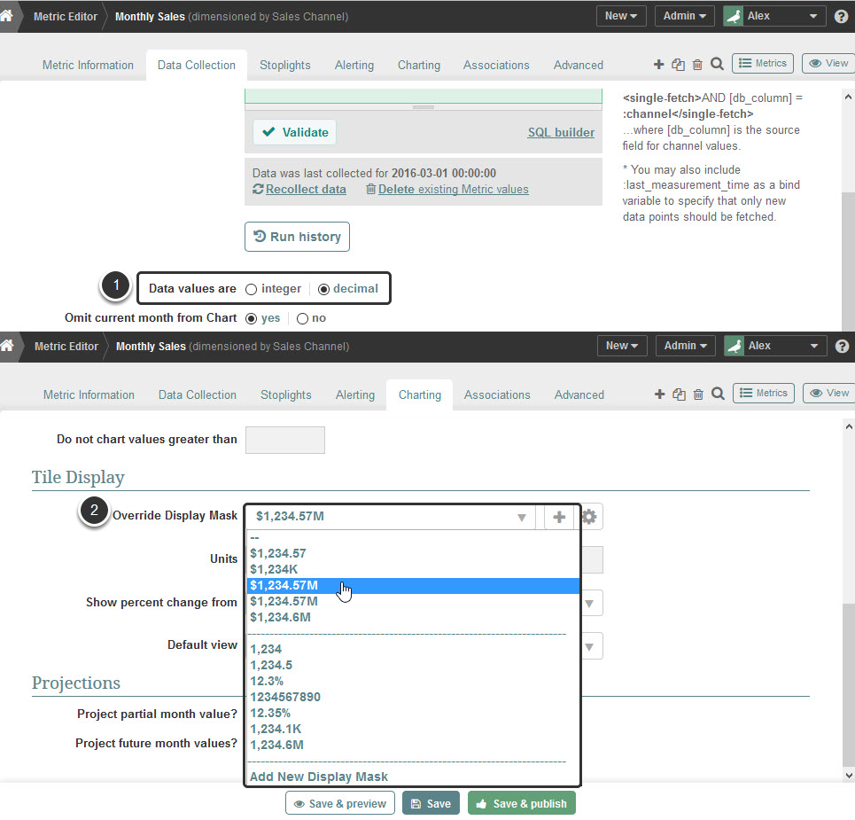 1. The Display Format Mask rules are applied the same way for both 'Integer' and 'Decimal' values of a data point.  If in the settings in the Metric Editor > Data Collection tab the Data Values field is set to 'Decimal', there are no decimal places shown on either Chart axes or Data Point Mouse-over Display if the following conditions are met:

2.  In the Metric Editor > Charting tab, you can select an Override Display Mask and choose both a Display Format that includes a currency Prefix

NOTE: If the size of the values collected could make the decimals insignificant, the default mask will not contain decimals

The following settings can be specified in the Report Editor > Data Collection tab: 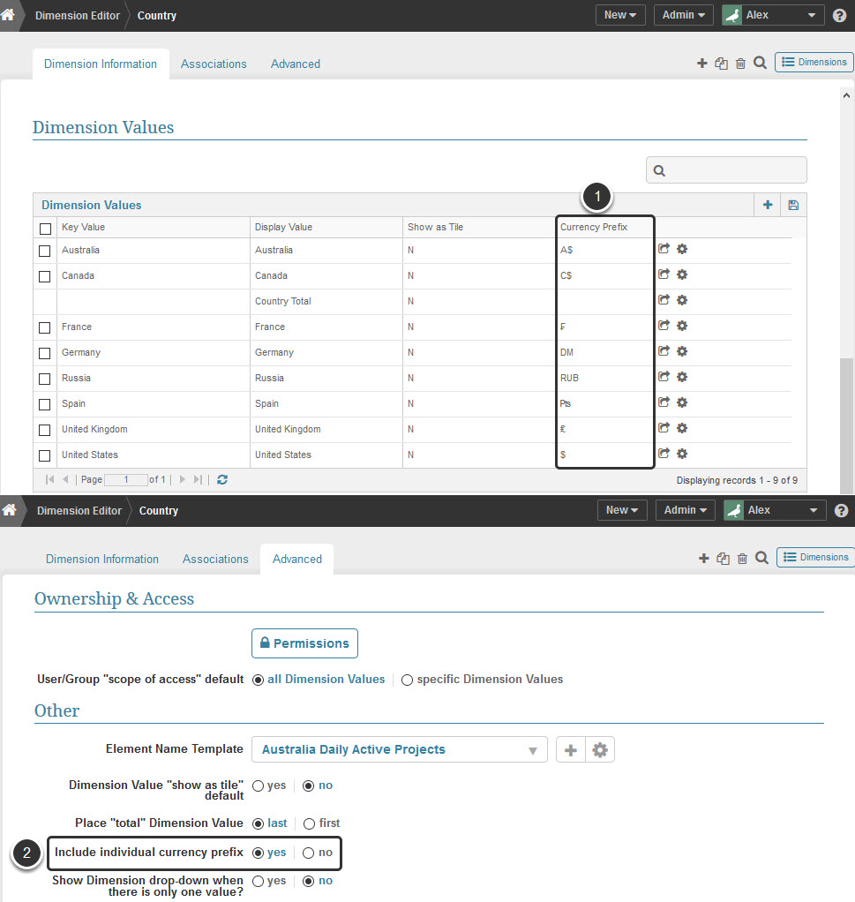 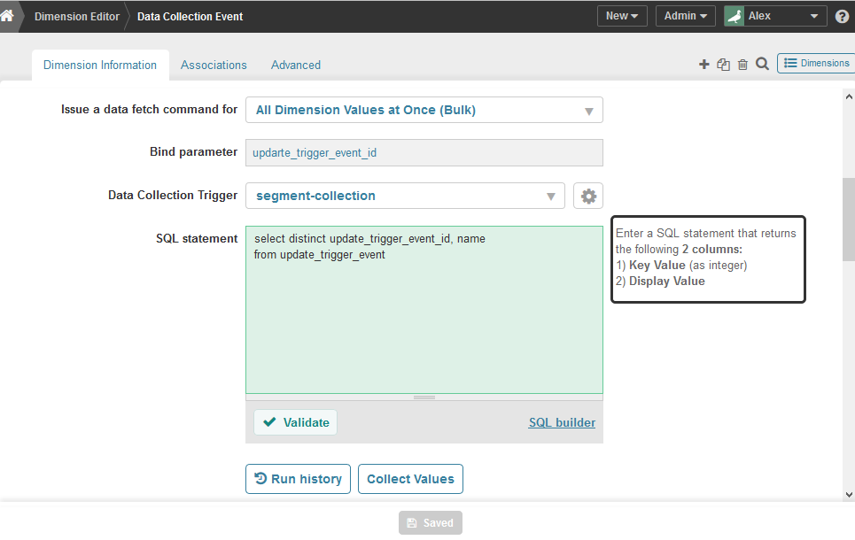 For Dimensions with Dimension Values that are not entered manually or loaded from csv file, a fetch hint is provided as shown above: