As of Release 5.2.1, a Smart Folder can be created using a Dataset that contains data with such columns:

Such a Dataset is used to add content to a Folder.

A Configuration Variable ENABLE_SMART_FOLDERS controls whether or not a particular Instance allows this feature to be implemented.

A query of the Dashboard Database can be used to populate the list of elements, using a SQL statement in the Dataset itself, or included in an uploaded CSV/Excel file containing the required information.  This query can extract the Element ID and Dimension Value ID of each tile to be included in the Folder.

The Viewer for Dimensioned elements displays the required ID's in the URL address:

NOTE: "Segment" is still used in the URL, being an older term for Dimension.

Create a Dataset from a CSV or Excel file

If a Dataset for a Smart Folder specifies that content is created using data uploaded from a CSV or Excel file, the file must meet the following criteria: 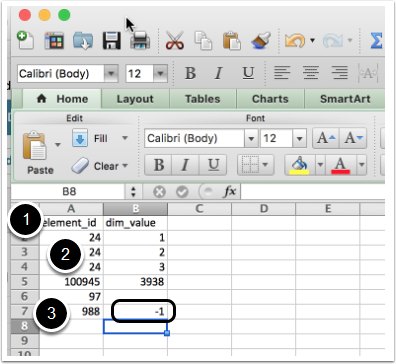 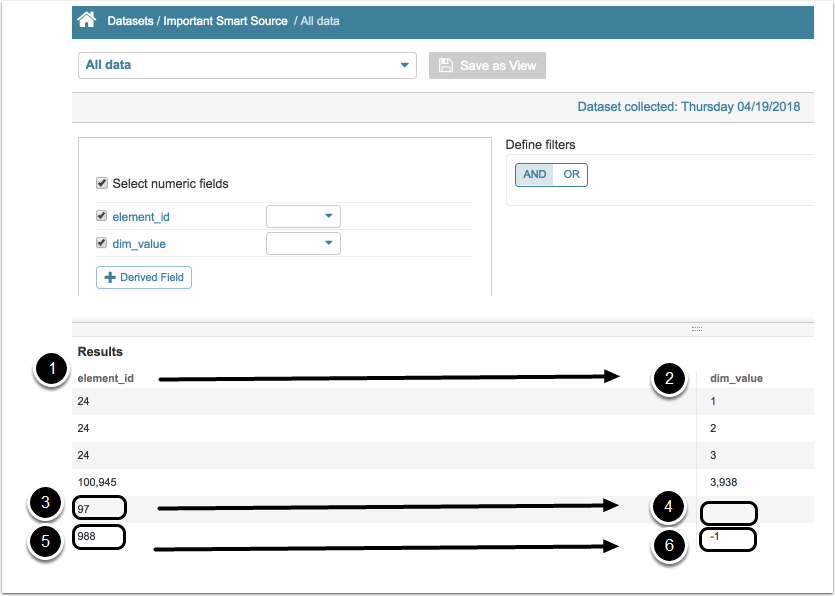 Smart Folders can only be created after a Dataset populated with the Element ID and, optionally, Dimension Values, has been established. When adding content to the Folder, the User can then decide to use the Dataset as a source. 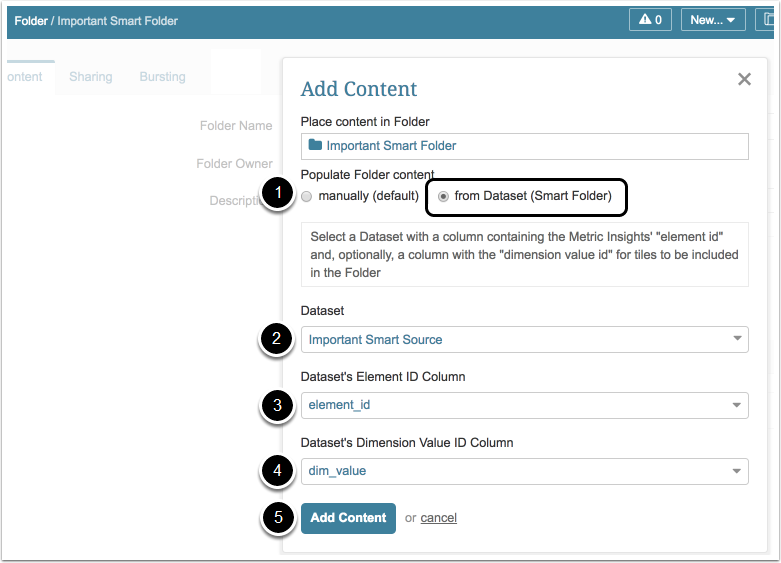 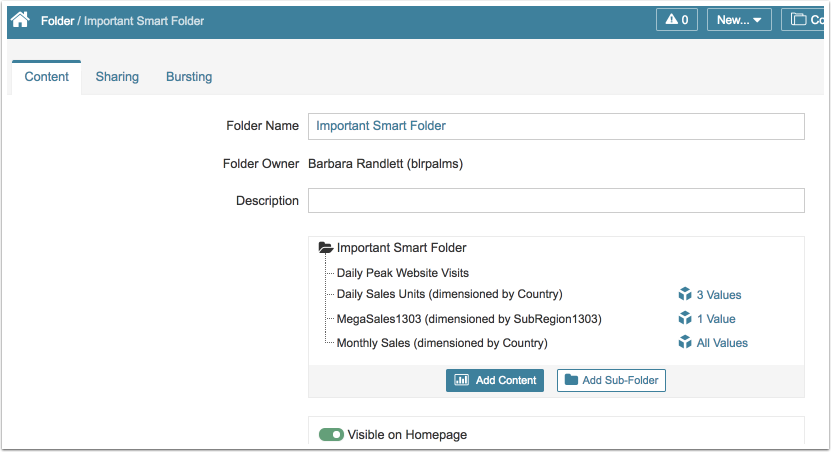 The Folder Editor reopens and shows the elements specified in the Dataset, along with all selected Dimension Values.

Add a Burst from a Smart Folder

From the Smart Folder editor, open the Bursting tab and click the New Burst button;

All other functionality of the Burst are the same.