Dimensions and their Dimension Values are an integral part of the Security Model. For dimensioned elements, the User must have access to BOTH the Element and at least one Dimension Value. Users ONLY see the element's tile(s) or Chart(s) for those specific Dimension Value(s) to which they have been granted access and then only if data has been collected for a Dimension Value.

You can grant a Group view or edit access to a Dimension from 2 places in the system:

NOTE: Both options are described in this article. 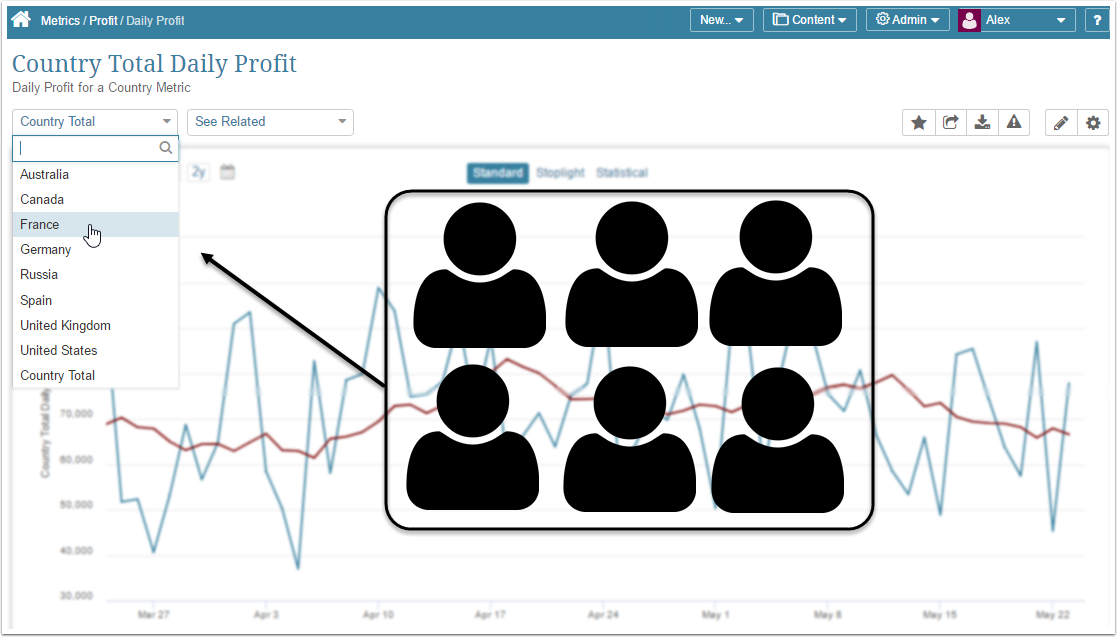 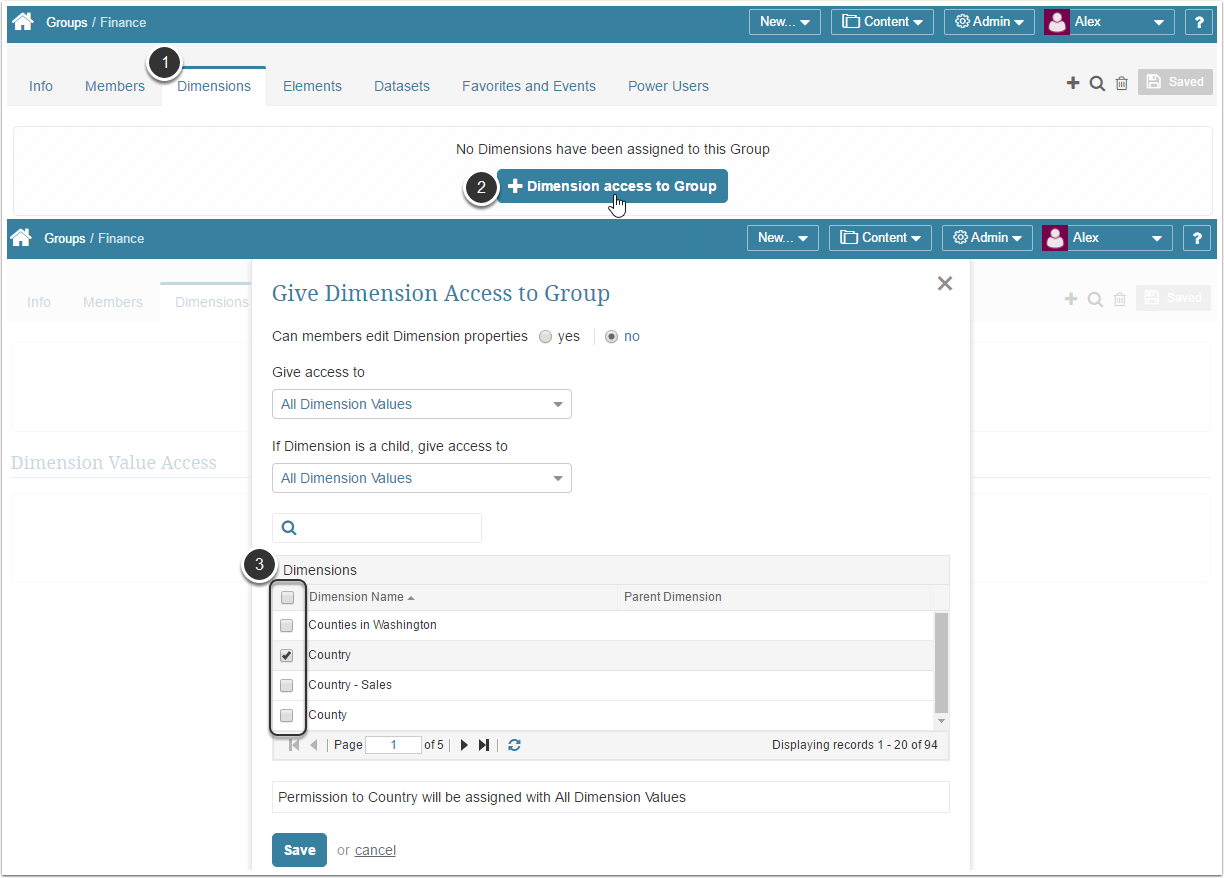 Next: define the scope of access (all or specific Dimension Values), see Step 2. 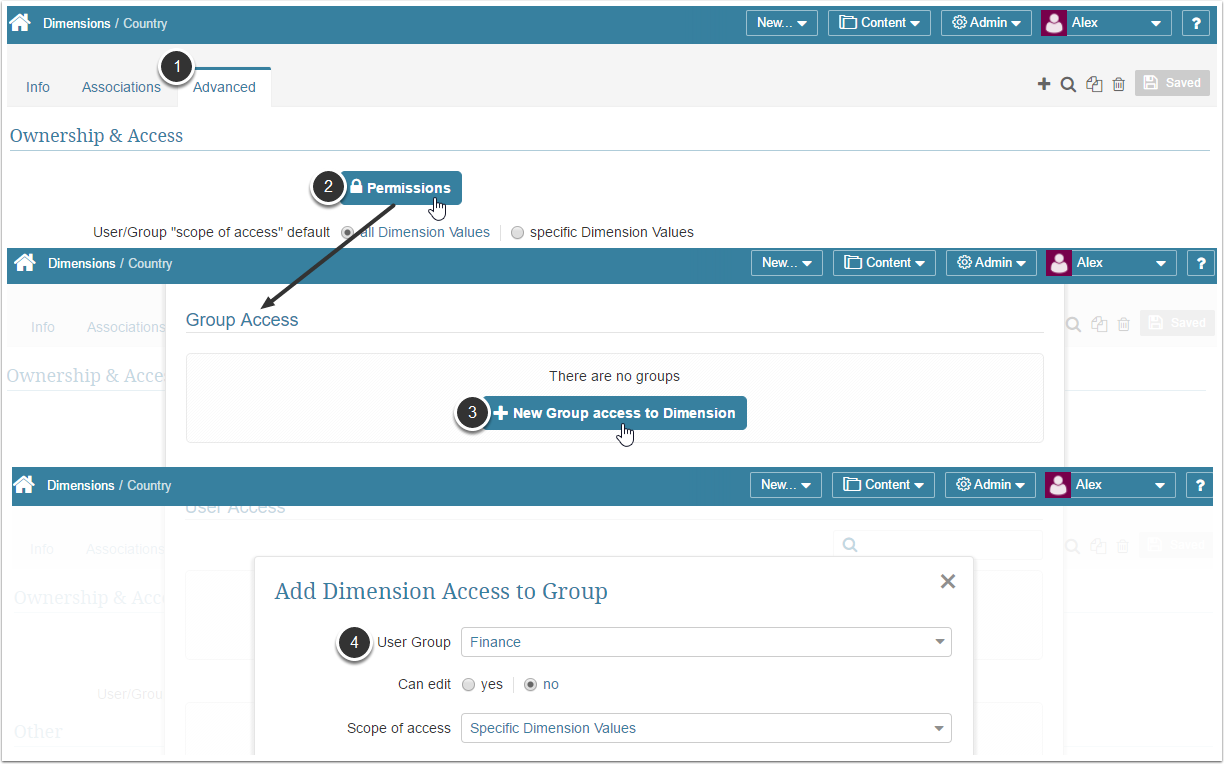 Next: define the scope of access (all or specific Dimension Values), see Step 2.

2. Grant Group Members View OR Edit Access to the Dimension

Regardless of the Editor you started with, the logic of the following actions is going to be identical.

Both options are descibed below.

To all Dimension Values 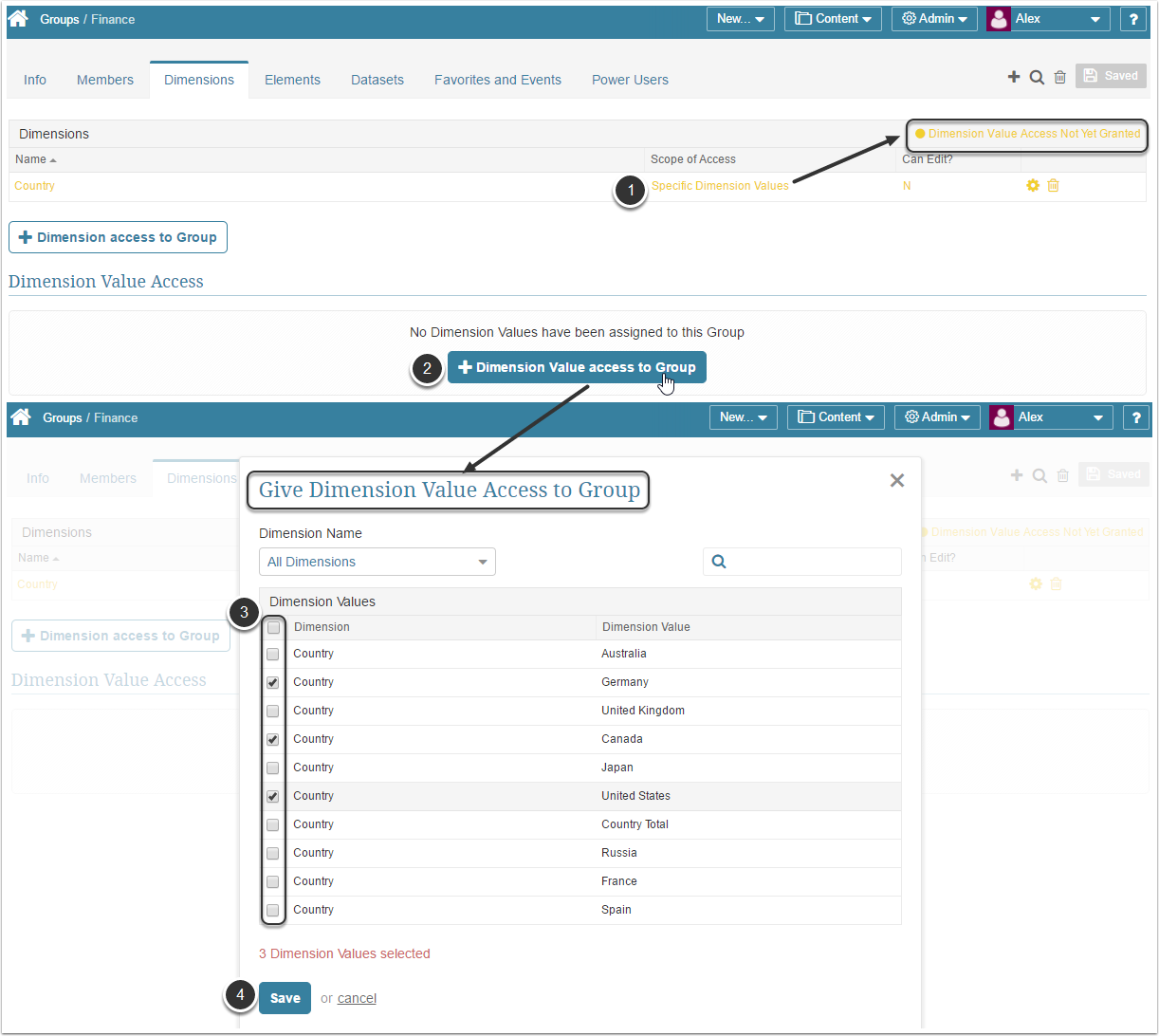 Zoom:
Edit Access (applicable for Power User members of this Group only) 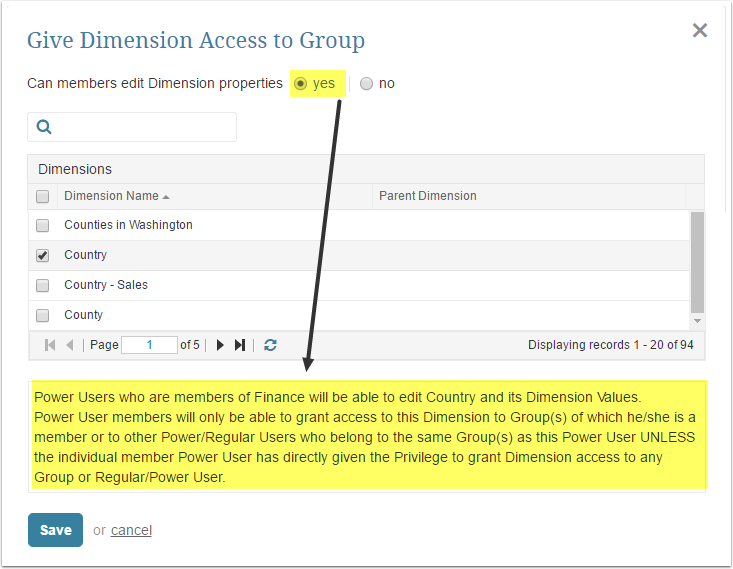 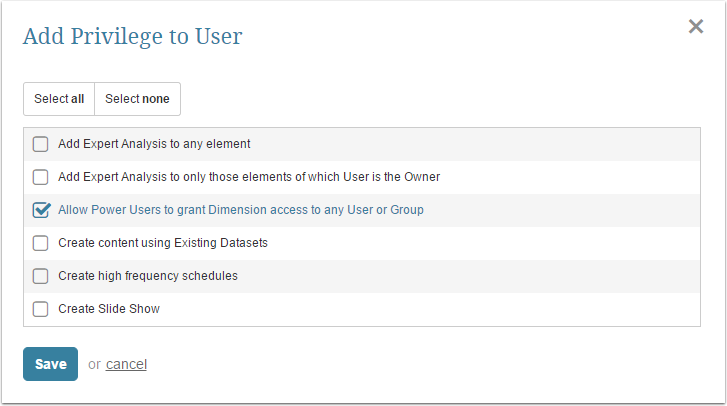 If the Value Source is SQL / Plugin

If the Data Source of a Dataset is a SQL Database or Plugin connection Profile, you should add a Permission to use this Data Source in its Editor. 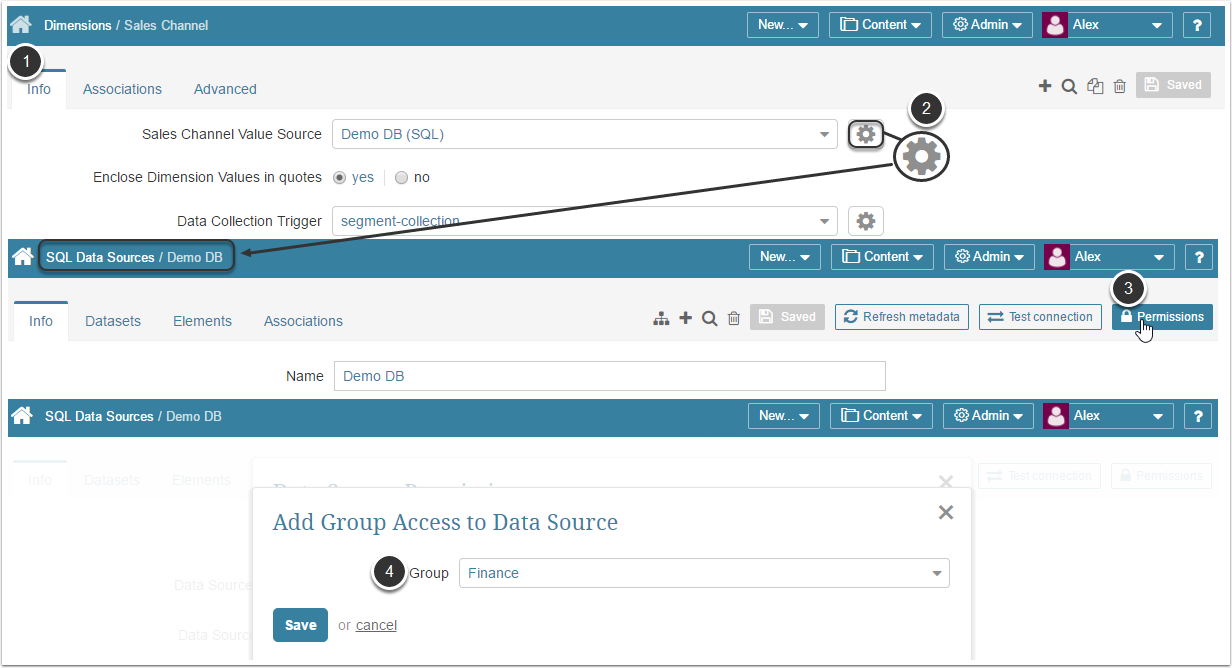 Zoom:
If the Value Source is a CSV file

If the Data Source is CSV file, you should add a Privilage to use this kind of Data Source to a Group. 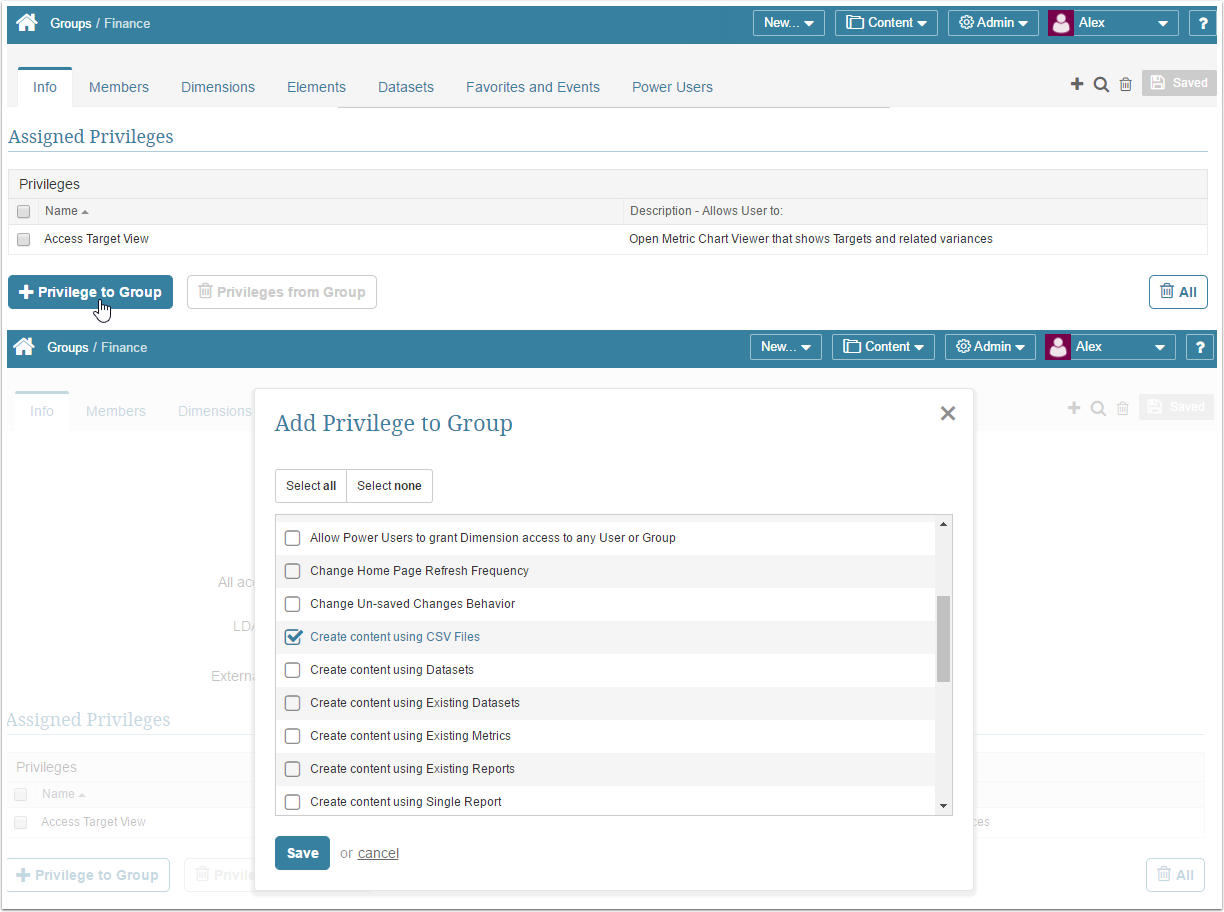