As of Release 6.1.0, an existing Privilege was changed to include Announcements in its functionality: 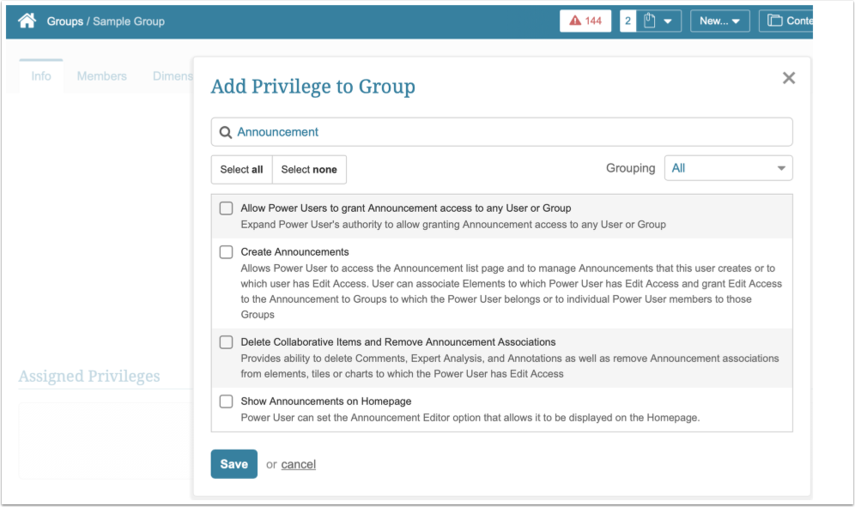