Any User Map created in the system (at Content > User Maps) can be used as a Subscription User Map for KPI Alert Rules.

NOTE: Personal User subscriptions are summed up with User Map subscriptions. For example, if a User is subscribed to Alerts per "Germany" via a User map and he additionally subscribes to "Spain" in the Metric Viewer, he will  receive Alert Notifications from both countries.

Create a User Map NOTE: The first column of a User Map is always treated as a Username column.

While you can assign an entire Group to an Alert, please note the differences from applying a User Map

1. How to apply a User Map to a KPI Alert 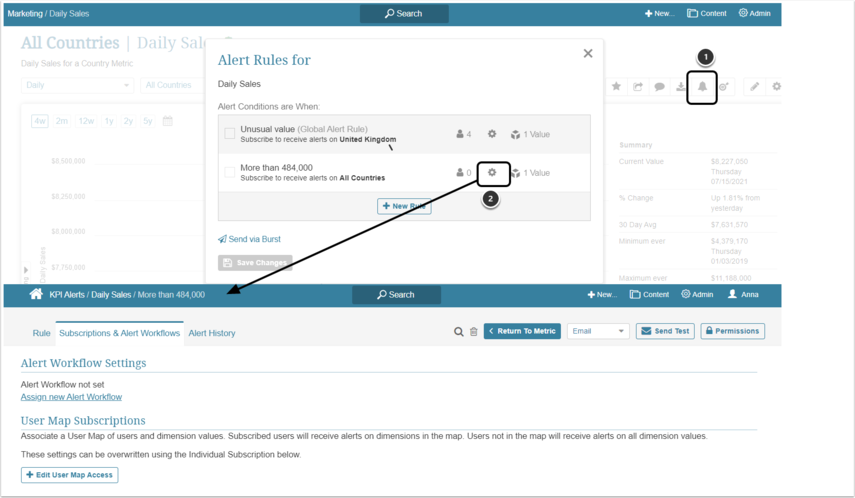 You can access Alert Editor in one of the following ways: 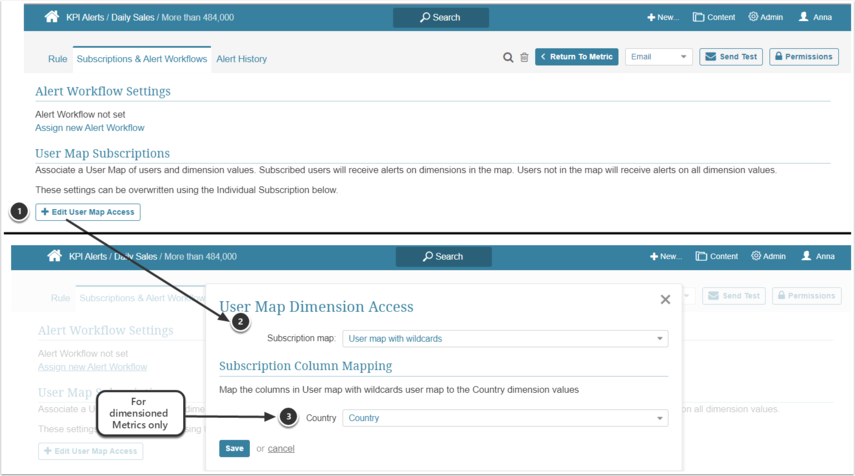 Simple (non-dimensioned) Metric: Users from the User map should have access permission granted either individually or via a Group membership. Can be checked at: Admin > Users > User Editor > Elements tab.

Dimensioned Metric: Users from the User map should have access to:

3. How to delete a User Map from a KPI Alert

After the User Map is removed from KPI Alert Rule, users that were subscribed by User Map will be still stay subscribed to this Alert.