It is possible to Migrate Content using our Export/Import Migration Scripts that enable System Admins to setup a content migration pipeline. The article shows an example of how to migrate content from one server to another.

This article details how to move a Category and all included elements from one server to another.

Exporting content involves creating a .tar.gz file with information on all migrated Elements/Objects that can later be uploaded to a different server.

All associated Documents/Previews/Attachaments/JS Templates can be exported in an archive as separate files.

To export a Category (as an example):

Importing content involves uploading it to the required server.

To import a Category (as an example):

[6.3.0] The rollback command allows users to cancel the import operation. To able to do this, it is required to specify the ID of import operation (migration_import_log ID).

The rollback operation works with the Objects that were involved in import and brings them back to the state in which they were before being imported.

Upon successful Migration, all migrated content will be accessible from the UI. 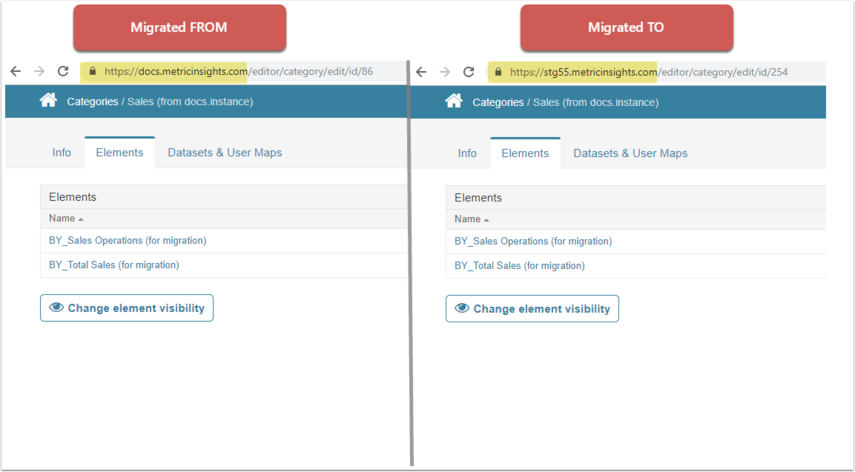 5. If Migration runs with errors

In case Migration runs with errors: