Add a "Total" or "Subtotal" to a Simple Dimension

This functionality is available for dimensioned:

For a given Dimension, a Total that accumulates all data for each Measurement Time can be added. For Dimensioned Metrics and Reports, this results in a "Total" tile at the Homepage and a "Total" View in the generated in the Metric / Report Viewer.

At a Dimensioned Metric level, you can exclude the display of the total tile and chart if it does not "make sense" for a specific Metric.

This article covers the following topics:

1. Switch on the "Total" for a Dimension 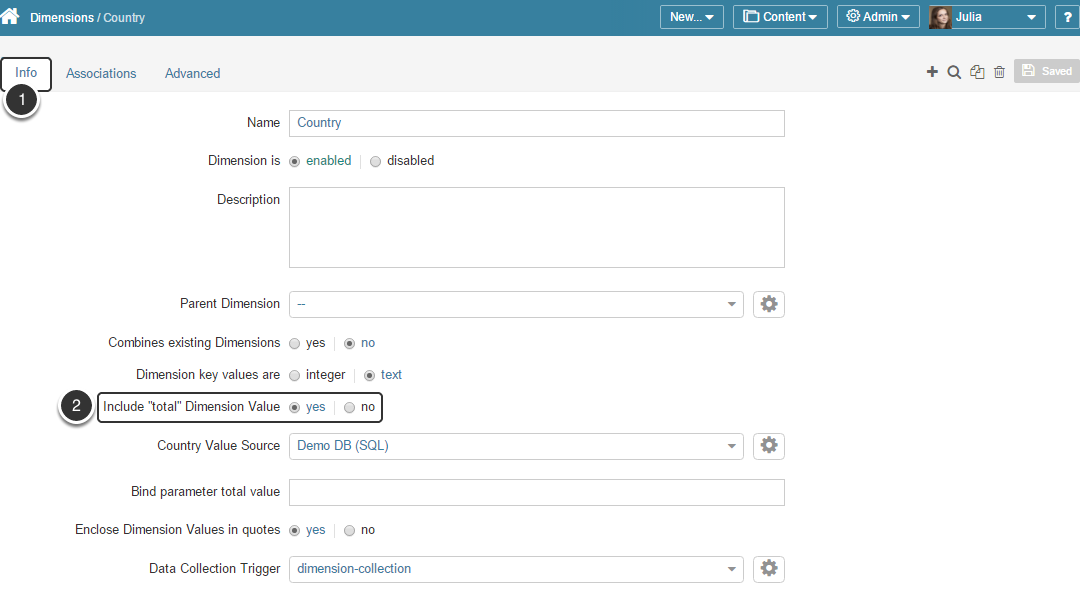 To switch on the "Total" for a Dimension:

The "Total" Value is added to Metrics that use this Dimension (in any system Version) and Reports (in version 5.1.2 and beyond).

2. Configuring the display of a "Total" Dimension Value

The "Total" Dimension Value is shown in two places:

Both options are described below.

Display on a Report / Metric Viewer

To set up the display of a "Total" Value on a Report / Metric Viewer:

On the example above. the Dimension Total is displayed last.

Display on a Homepage 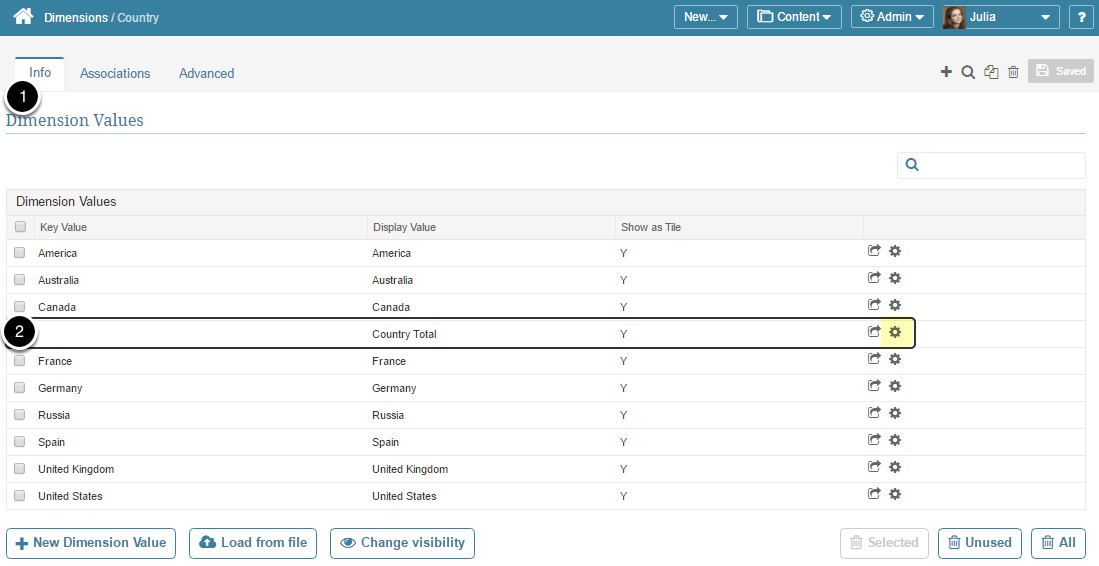 To specify whether the Total tile should be displayed at the Homepage:

This option is available to Reports sourced from Datasets only and the "Total" Dimension value must set at the Dimension level.

Since the "Total" Dimension value is switched on and off on a Dimension level, there is the ability to set configure its behavior for each Report individually by the following actions:

In our example, instead of reviewing daily sales data for all countries (Dimension Values) within a 'Country' Dimension, a customer may create a Dimension Value that aggregates the data of those countries which are a part of European Union:

4.1. Specify Dimension Values that should be included

4.3. A new Chart with aggregated data is now available in the Dimension Values drop-down list and at the Homepage 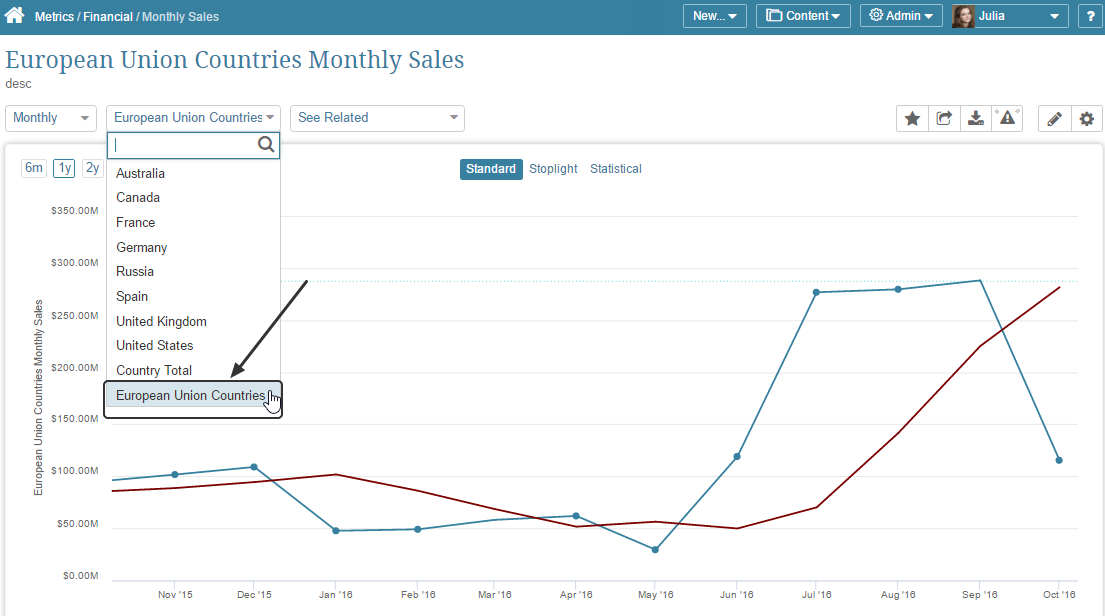