In this example, a "Product Subcategory" Dimension is created with a parent of "Product Category".  While a SQL-based Data Source is specifically is used to fetch Dimension Values, the process described below can be used for any SQL or Plug-in Data Source.

In this example, the Child Dimensions (red wine, white wine, champagne) are mapped to a Parent Dimension Value of (wine).

Before values for a Child Dimension can be collected, the Parent Dimension must first be defined and populated with Dimension Values.  In this example, the 'Product Category' Dimension has already been defined.

CAUTION:  If you grant a User access to a Dimension that has children, grandchildren or other generations, the user receives cascading access to all of the Dimension's descendants in the Family tree.  See Dimension Security 5.3.0   for more information.

At the bottom of the page, click [+ New Dimension] 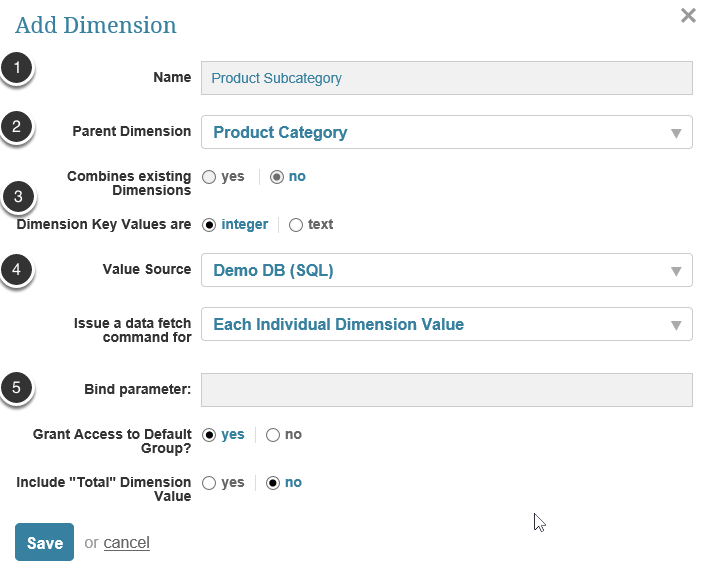 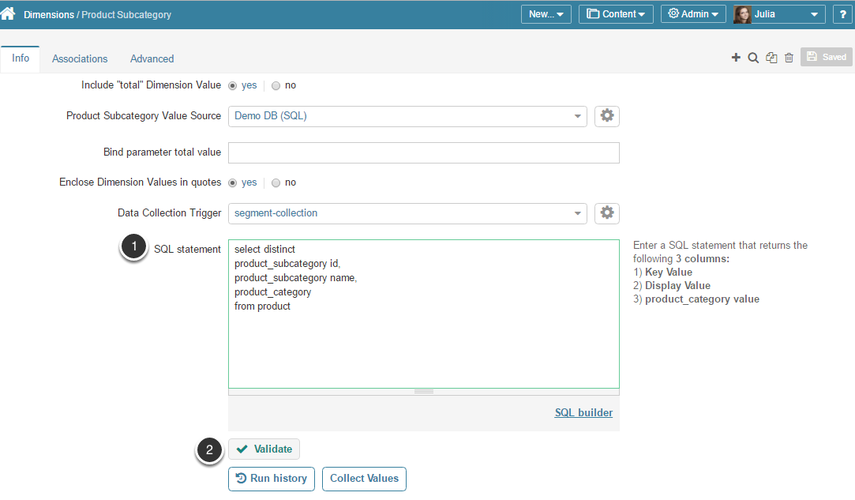 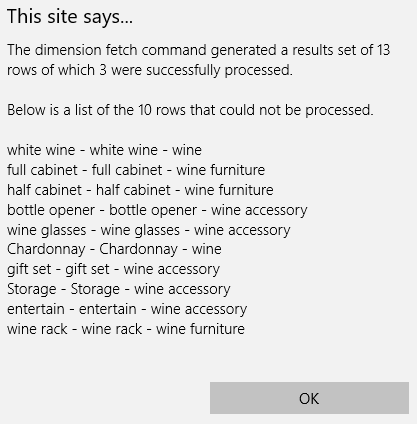 If you attempt to validate the fetch command when the Parent Dimension was not populated.:

If some (but not all) values fetched can not be validated:

If no records can be validated, the error message "None of the returned rows could be matched with existing parent Dimension values" is displayed followed by: "First Row Returned: ......."  and show the result set from the first fetched record. 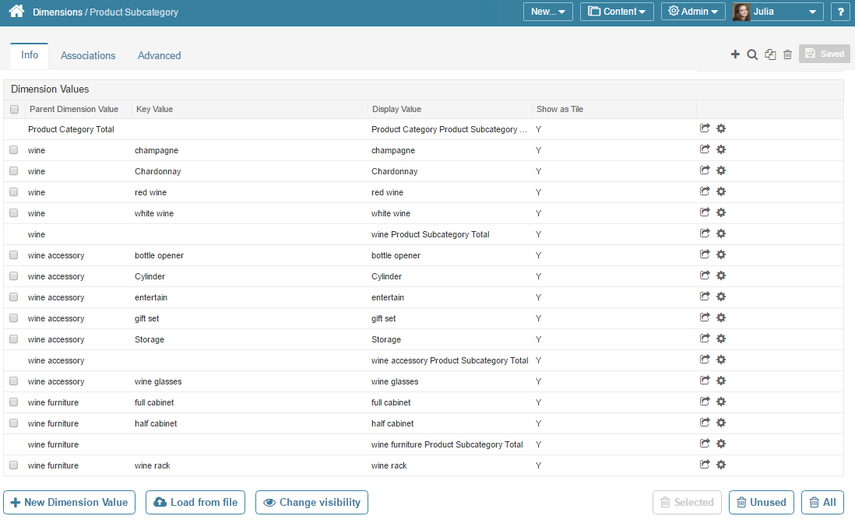