In addition to configuring Okta authentication in Metric Insights, you can also sync Okta groups and users by using the mi-okta-usersync script.

General script logic is as follows:

Subsequent syncs can be set via a cron job to sync the group and the users in that group as well as adding (if so desired) any new users in that same Office 365 group.

Note: Run the mi-okta-usersync script inside the web container.

Note that in order to provision a group we need a few bits of information, namely the Okta host URL, Okta API token, and the group's name.

Note: Okta API tokens have a limited lifetime of 1 month and have to be re-created after expiration.

In this example we will sync an Okta group containing 2 users with MI. 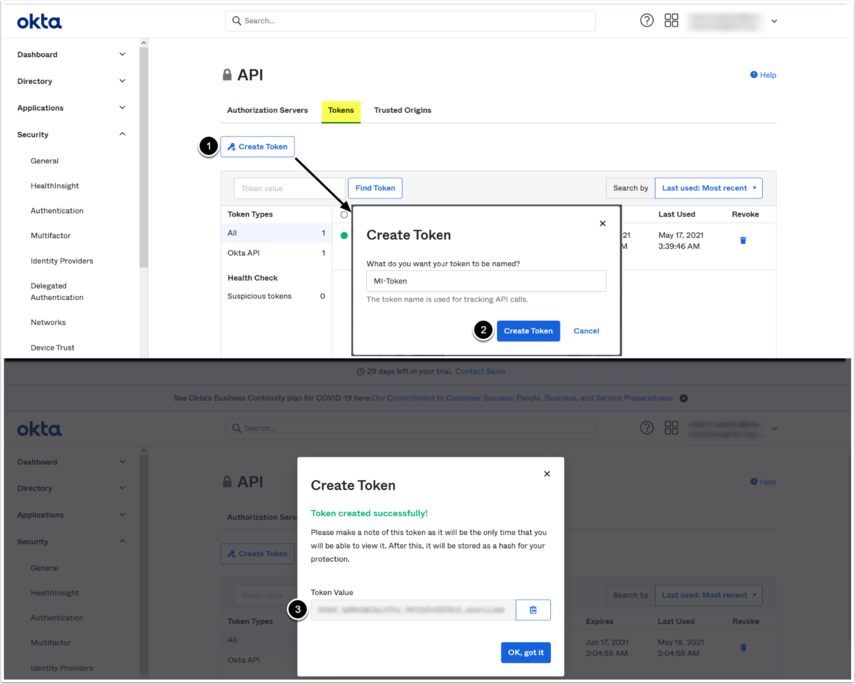 Note: Okta API tokens have a limited lifetime of 1 month and have to be re-created after expiration.

3. Check the Added Users and Groups in your MI Instance 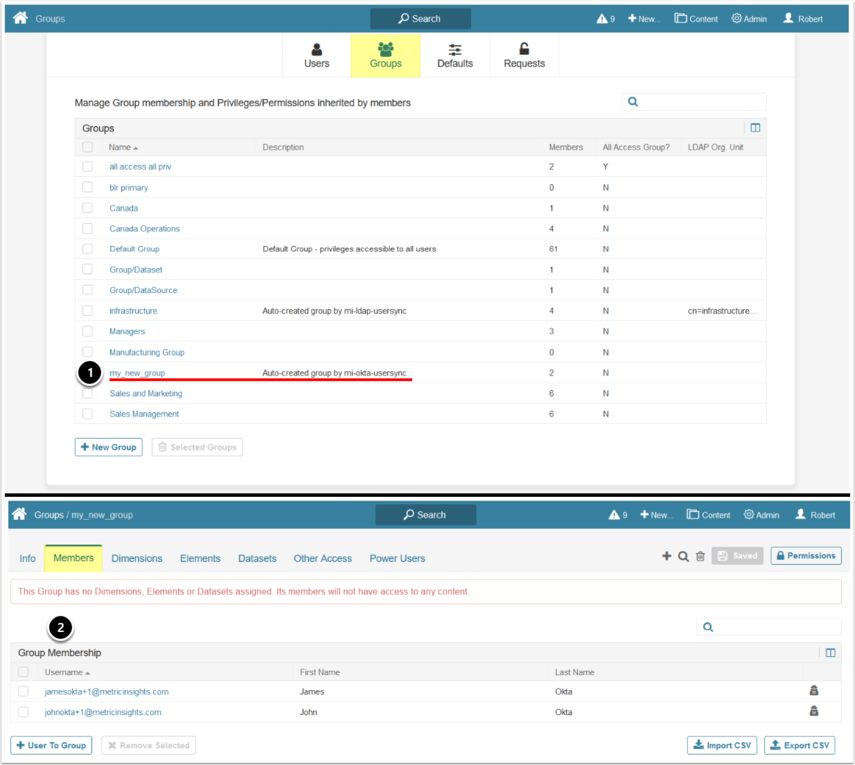