Beginning in Release 6.2.1, there is a new Create Burst Privilege that can be granted to Groups as well as to Power/Regular Users.  In addition, Power Users can receive Extended Security to allow them to subscribe or  grant Burst Edit Access or to any Group or User.

Without the Privilege, a Regular or Power User cannot create or edit a Burst.

With the Privilege, a user can

Beginning in Release 6.3.0, a Power User can use "Bulk Change"  for Bursts to which the user has Edit Access on the Burst List page in order to change the enable/disable setting. 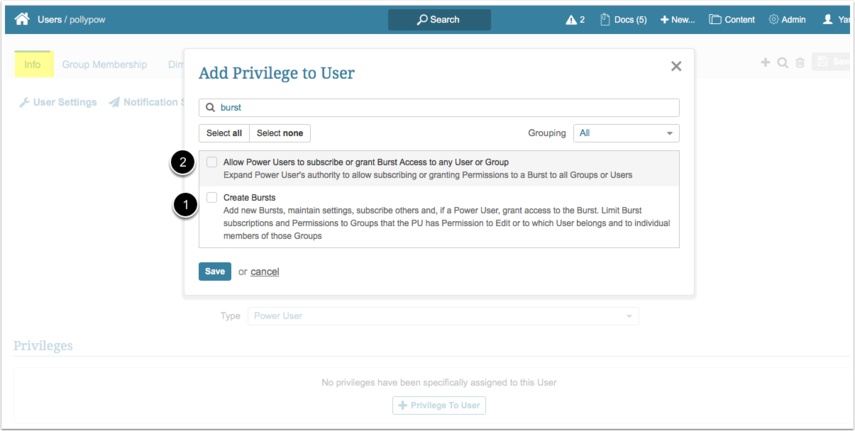 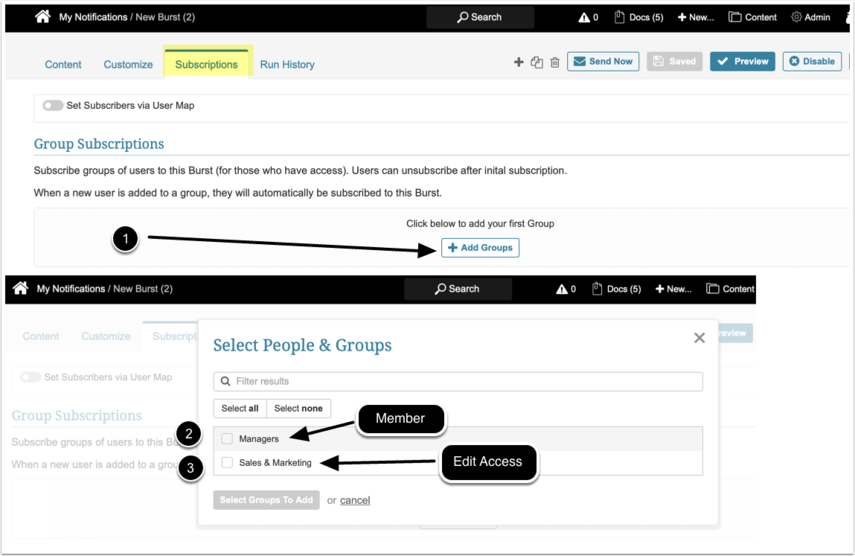 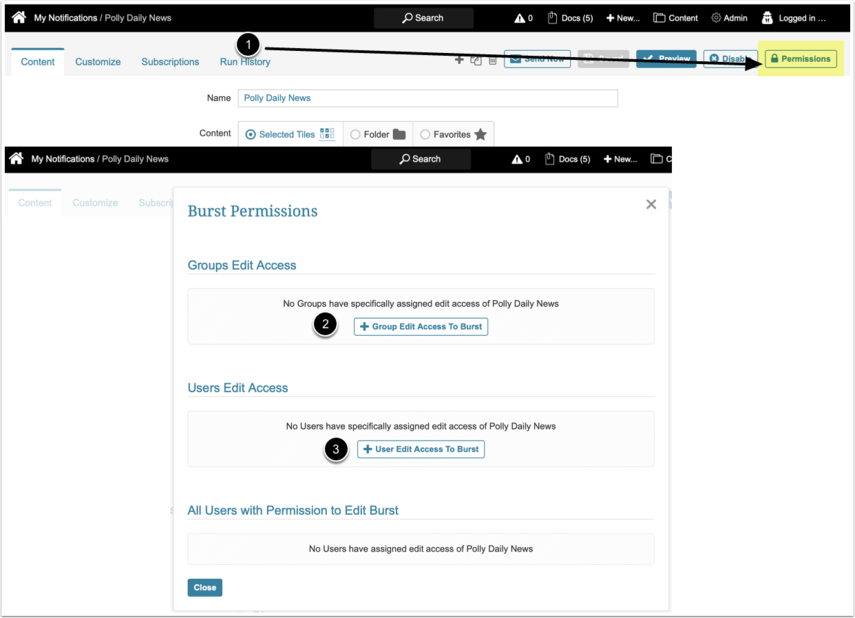 Security constraints as to Groups and Users to which the Power User can grant Edit Access are based on whether or not the user has the Extended Security Privilege for Bursts in the same manner as Subscriptions.