A Remote Data Processor (RDP) is a service that is used to connect to data sources that require integrations from a Windows environment and/or run from behind a firewall that sits in between Metric Insights and the data source.

This article includes the following information:

The following ports are necessary for Metric Insights application and RDP to work correctly:

An RDP service is a node of AKKA cluster. AKKA toolkit is used to create nodes within a cluster and establish communications between the nodes (all nodes must communicate with each other). The main functions of the cluster are:

The cluster consists of three node types which communicate with each other via TLS protocol:

Seed node is an entry point for RDP and Local DP and is used for internal communication.

Due to network issues the RDP node may fail to connect to Seed and Local DP nodes (and vice versa), therefore, RDP separates from these nodes into a separate cluster. To fix this situation, manually restart the RDP service on the server.

To view the list of available RDP commands refer to the Commands section. 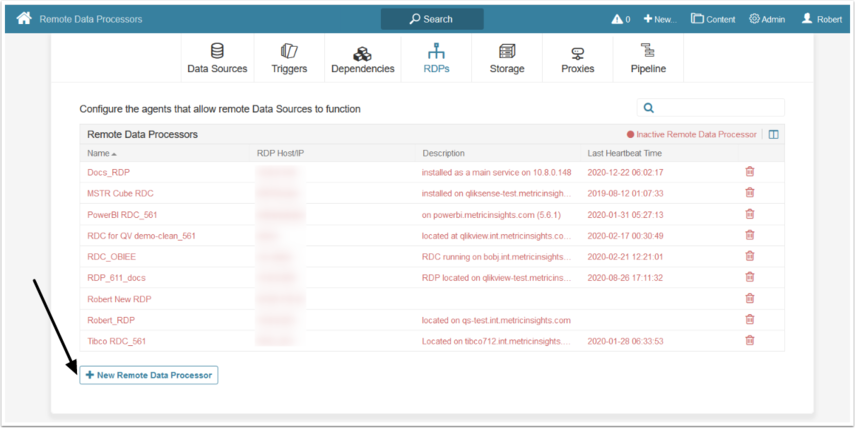 The list page containing all RDPs available in the system opens. 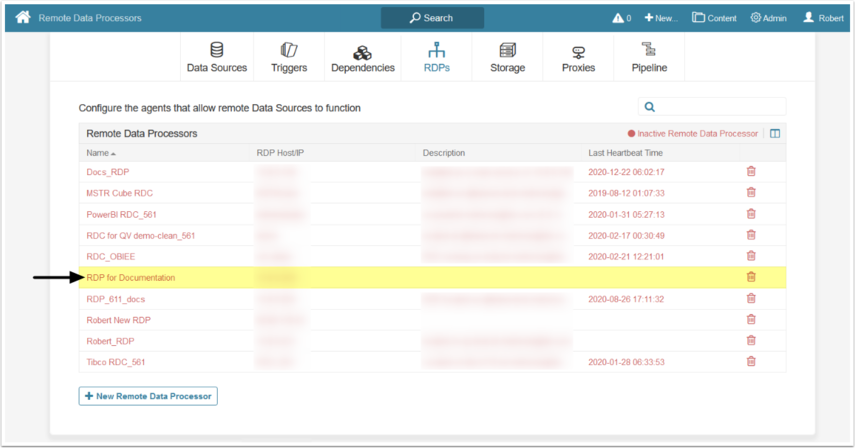 If you encounter any problems you can troubleshoot your remote data collector setup. 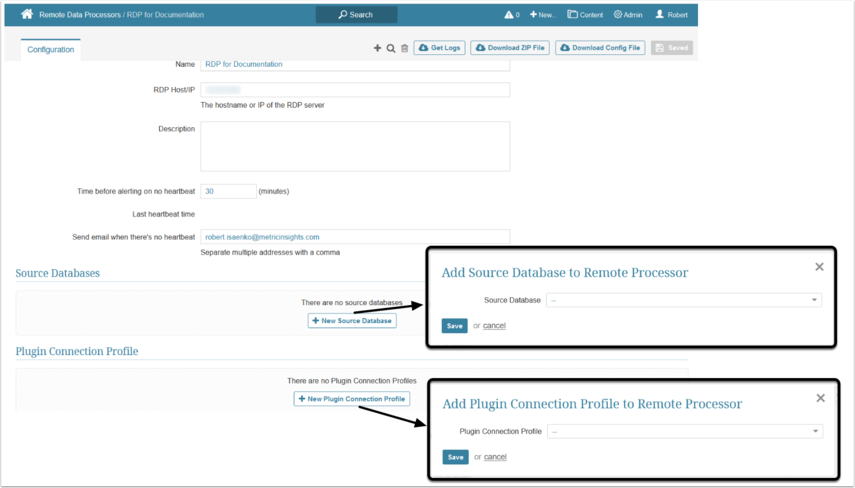