Beginning in v6.3.1, you can configure Bursts to send Microsoft SharePoint External Content as an attachment instead of just previewing it.

In v6.3.1, this functionality is controlled by the "Include File Attachments in Bursts" option in External Content Type.

In later versions, this setting is located in Other External Content Editors and appears as "Include files as email attachments".

After the initial Burst is sent, files are stored in cache. Each subsequent time the system will send the exact same files from cache, unless cache is cleared. Cache clearing guarantees that users will receive the most recent files. See the configurations steps below.

In addition, it is possible to create a Burst in a way so that the system sends only the files that have been updated since the last email. Note that this option works only for automated (scheduled) Bursting.

Cache clearing must be configured for each individual Other External Content created from MS SharePoint that will be used for Bursting. 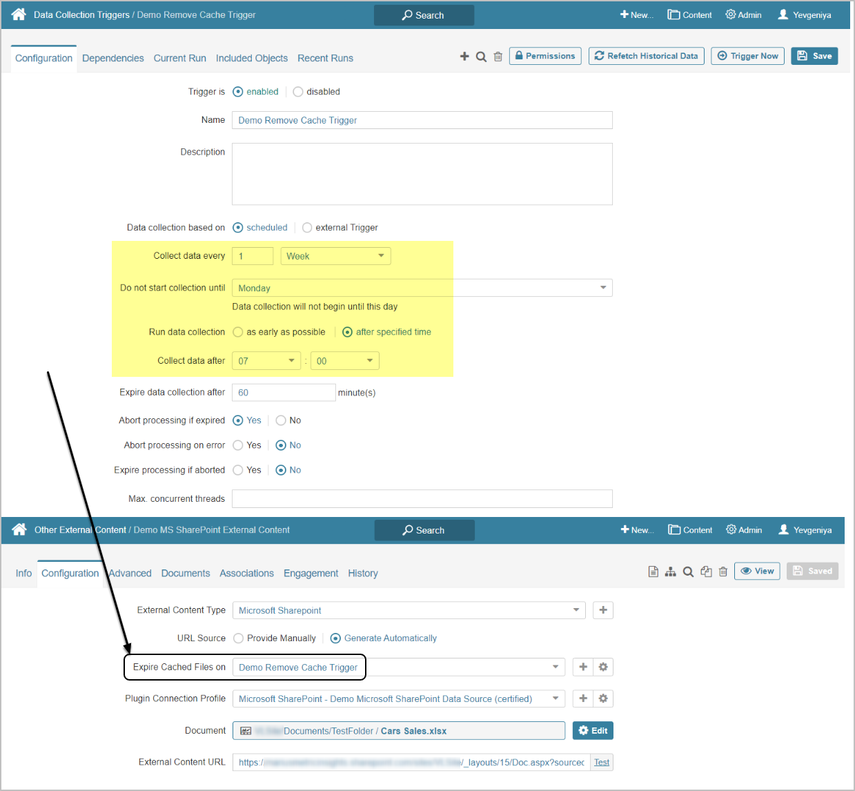 It is recommended that the Trigger be set to run before the Burst is sent to ensure that the system sends the most recent data.

For example, if the Burst is scheduled for Mondays at 10 AM, the Trigger should run at least at 9:55 AM. 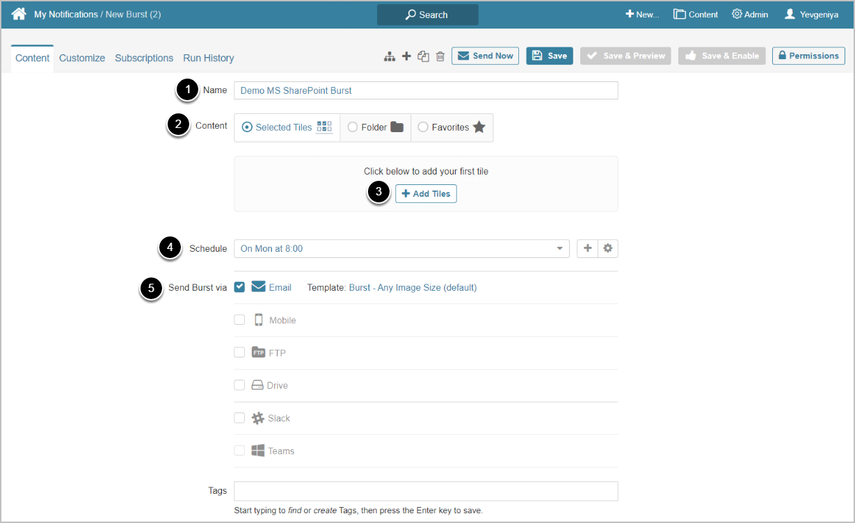 You can configure a Burst to sends only the files that have been updated since the last email. 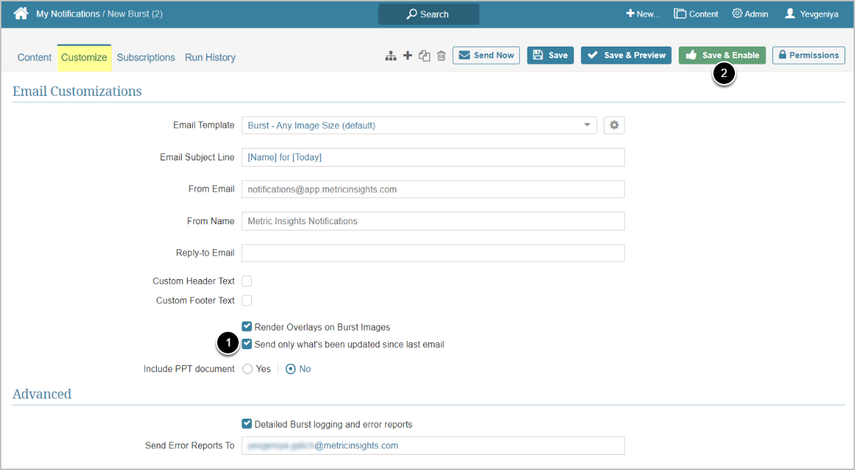